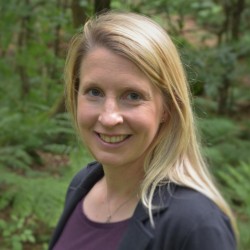 So, you’re in the market for a new bike computer and you want the best that money can buy? While you may have considered other computer manufacturers, your eye keeps on straying back to Garmin.

The only trouble is, the top-of-the-range Garmin Edge 1000 is no longer the newest and brightest model on the catwalk. In fact, it’s starting to look a little bit dated now that the 820 is clawing its way up to the number one podium spot. The 820 is also a cheaper model, though you can still snag a deal on the 1000.

So are the days of the Edge 1000 numbered? Or is the Edge 820 just a bit too good to be true? Read on as we pit these two kings of the bike computer world against each other to figure out which is the best buy for you. 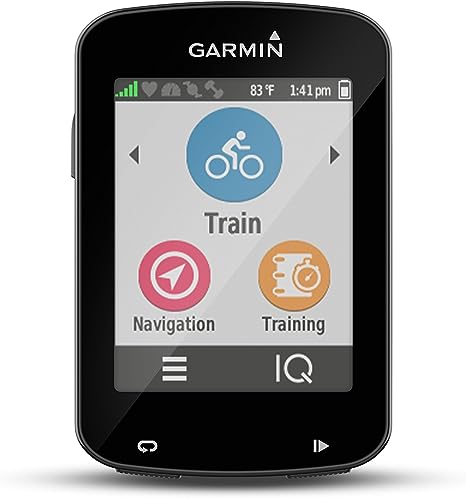 This lightweight, compact and high-resolution touchscreen display GPS cycling computer offers advanced performance monitoring and has up to 15 hours of battery life for you to have more adventurous rides!

20-word summary: A high-spec training tool that’ll tell you which way to go, help you stalk your mates and call an ambulance if you crash*.

(*Ok, so actually it’ll call an emergency contact who can then call an ambulance – Garmin is very keen to point out it won’t contact emergency services directly on your behalf.) 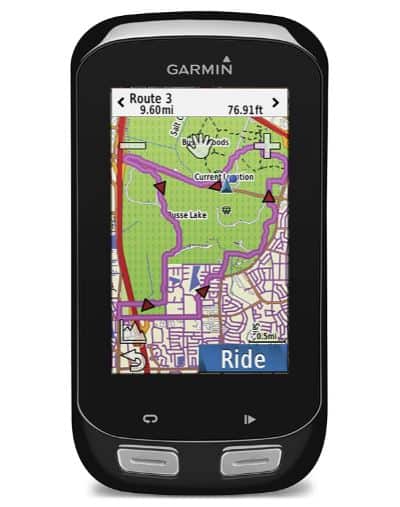 Edge 1000 uses a glove-friendly touchscreen display and has 3.0" large display for you to see with ease and adjusts automatically for low-light areas such as shades and tunnels.

20-word summary: A soon-to-be-replaced* performance model with a large screen, turn-by-turn navigation, and all the training tools you need.

(*If you believe the rumors.) 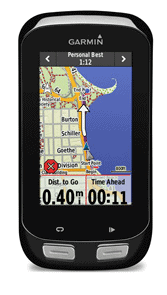 The short answer is almost everything. Both are top-of-the-range models that can pretty much do everything you could possibly wish for, apart from actually riding your bike for you.

Both devices have a preloaded Garmin Cycle Map with turn-by-turn navigation, round-trip routing, and a barometric altimeter. They’re compatible with ANT+ trainers and Strava Live Segments so you can compete against yourself, your mates and your heroes.

They also both connect to Wi-Fi (the only two Edge computers that do) which makes route uploads quick and easy.

A lot of the software features of the 820 have been added to recent updates for the 1000, including GroupTrack and integration with Shimano Di2 synchronized shifting. So really, the main differences between the two computers come down to the hardware.

So what’s the difference?

Normally this section is a nice list of features which the more expensive, higher-spec model has and an assessment of whether they’re worth the extra money.

In this comparison though, it’s a little different. Arguably the cheaper 820 model actually has more features than its more expensive rival.

The main differences come down to this: 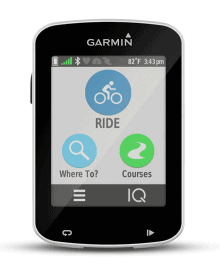 If you put the Edge 820 and Edge 1000 side by side, the first difference you’ll notice is the size. The 1000 looks huge compared to the tiny 820. But big doesn’t always mean bad, particularly when it comes to screen size. The 1000 is significantly heavier than the 820, but the trade off is a better screen.

The 3-inch screen on the 1000 is not only larger (the 820 has a 2.3-inch screen), but has a higher resolution, which makes stuff a lot easier to see on the move, particularly if you’re the wrong side of 40.

This may also help if you ride a lot in heavy traffic, or for mountain biking when you want to be concentrating on the path ahead, not your GPS screen.

The Edge 1000 has also got a landscape mode, so you can turn the device horizontally (like on a smart phone). Some people like this, but it’s probably not a deal-breaker.

The Edge 820 has an incident notification tool, which may be handy if you ride on your own a lot. When its inbuilt accelerometer detects a ‘crash’, it’ll send a text message to your designated emergency contact to tell them you’ve had an incident.

The older Edge 1000 doesn’t have this feature, and as it’s reliant on hardware in the device, you’re not going to get it in a software upgrade.

The slightly newer Edge Explore 1000 does, but it’s a dumbed down version of the 1000 designed for touring, so if you want the performance features of the 820 and 1000 (and who doesn’t?!) we’d suggest skipping it.

Another key difference between the 820 and the 1000 is that the 1000 has a micro-SD slot to accept memory cards – useful if you want to upload a ton of maps. For some reason the 820 doesn’t have this feature, thought it does come with 16GB of internal memory (twice as much as the 8GB on the 1000).

This is probably enough for most people, but it does restrict you to using Garmin maps (unless you use this work-around fix from DC Rainmaker).

There are a couple of other features that the 820 has simply because it’s newer. If you’ve got a heart rate strap, you can use the Stress Score feature to measure how hard you’ve pushed yourself.

The battery life on both is theoretically the same (15 hours). However, there have been reports of Edge 1000 users struggling to get half this time, particularly with the mapping and backlight on.

For longer rides, the 820 has a battery-saver mode which can increase the battery life by up to 50%, but as this turns off your screen, it’s far from ideal. 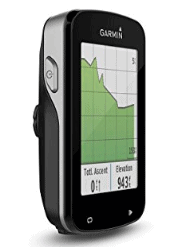 There’s one more thing which may work in the Edge 1000’s favor. Because it’s an older model, most of the bugs associated with it have been fixed. Whereas the newer 820 model is definitely not out of its teething stage and there are a fair number of unhappy users still out there waiting for firmware updates.

If you get frustrated by this kind of thing and you want to prioritize reliability over a newer model, then the Edge 1000 may be the best computer for you.

Which one should you buy?

For most people, this is a no-brainer. The Edge 820 packs more features into a smaller, lighter device.

However there is a ‘but’. The smaller screen size suits some people, but not everyone and if you struggle to read small screens on the move, you’re better off going for the 1000.

If that’s the case and you can hang onto your money for a bit longer, rumor has it that a new model in the 1000 range may be landing this year. (Though if you’re not prepared to risk running the bug-fix gauntlet, the Edge 1000 is still a good bet.)

Finally if you want all the performance data and tracking, but you’re not fussy about maps you can save yourself some dollars by plumping for the Edge 820.

This lightweight, compact and high-resolution touchscreen display GPS cycling computer offers advanced performance monitoring and has up to 15 hours of battery life for you to have more adventurous rides!

We’ve done a handy comparison of this with the 820 to help you settle that dilemma.